As we watched the coronavirus pandemic hit communities and spread out like a wild fire on global scale, it is easy to feel helpless.

Covid-19 is having a physical, psychological, social and economic impact. Keeping safe and helping others under circumstances is a real challenge. Our work and online sessions with members of community has allowed us to: keep our different groups connected and able to learn from each other, help to lessen isolation for all age groups, stay in contact, keep informed, socialise, help keep spirits up, minds and bodies active, learn new stuff, provide one on one tutoring etc. Learning varies from cooking lessons, makeup tips, health and diets tips, group homework, learn knitting, revising together etc. It’s been a steep learning curve in technology for our Legends Club, though people have greatly missed getting together for their group sessions the transfer to online has extended the range of contacts.
Activities like yoga, painting together, karaoke night, playing games online. Watching and discussing documentaries, books like “Kosovo Short Story”, discussing traditional costumes, music, dance from various regions back home, how to stay fit and healthy, best tools for revision and preparing for exam, pandemic, exam results, future plans etc.

Looking forward to normality returning so that as soon as it is safe clubs, dance lessons, visits to museums, group walks, meets, socialising and celebrating can take place. 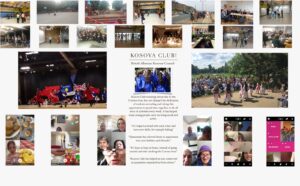 We hope you are all well and keeping safe.

Even under the circumstances due to Corona Virus, we would love to carry on with the club. To begin with Kosova Club will be resuming online on Fridays at 3pm, for an hour. This will be the opportunity for students to communicate and spend time together doing all sorts of activities. We believe it will be beneficial for all young people to continue being social and active. Big Thank You goes to all the parents and students for support and understating. Hope to see you all.

If not a current member of Kosova Club but interested to join please contact us than BAKC staff and Eda will get in touch with you.

Greetings to the whole community.

We hope all of you and your families are well, and that together we will overcome this global Coronavirus Pandemic, cautious and without panic.

BAKC staff has decided that the Legends Club will continue online on the WhatsApp platform every Friday, starting from 12pm – 1pm.

We invite all members of the group to join us, as well as other interested parties. Anyone interested please send us a message and we will contact you.

Each week we will socialize, join together and discuss different topics of the current situation. Join our group, share some moments with your peers, we welcome you! Although far from each other we will be able to be very close by phone on WattsApp. 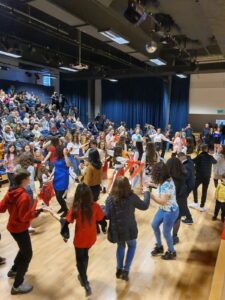 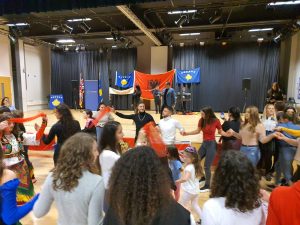 BAKC as part of the consortium with all other community organisations, Kosovan and Albanian  Embassies and a handful of individuals helped bring together the whole community to celebrate National November festivities.

The Sunday event started with rising of the National Flag by The Mayer of Brent and the Albanian Ambassador to UK followed by a photographic exhibition and finally the Gala Event. 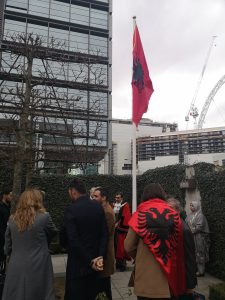 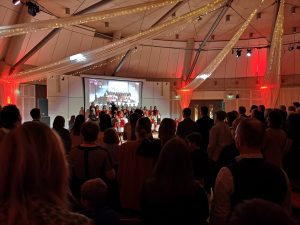 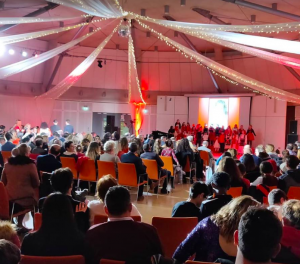 BAKC staff met with representatives from the Kosovan and Albanian Embassies in London as well as other organisations to help organise end of November festivities. 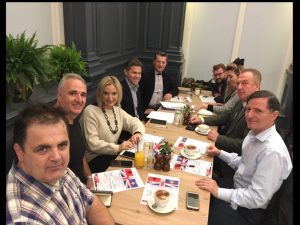 Today, girls from Kosova Club performed impressively for the community in the finals of Albanians Got Talent Show. 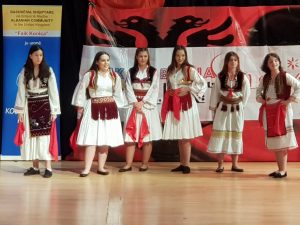 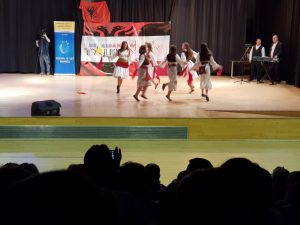 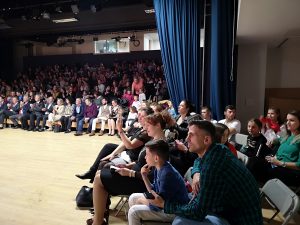 Today were held the first auditions of the first ever UK Albanians Have Talent Show. 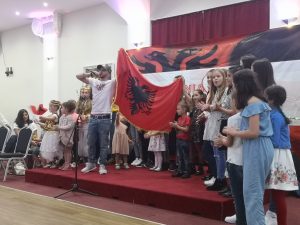 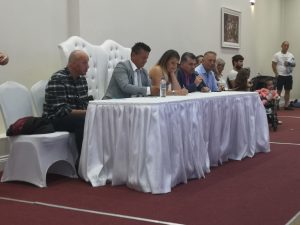 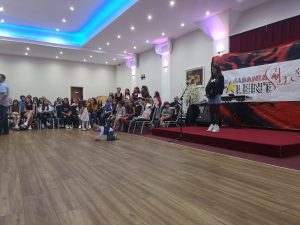 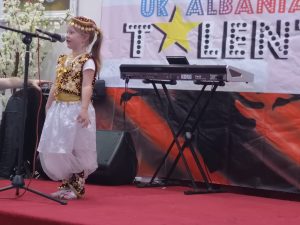 It was great to meet again with the official from Kosovo Embassy in London, Mr Imer BERISHA, Counsellor, (LLM Hon). At the meeting, BAKC team informed Mr Berisha about past and current projects. Also, when discussing possible future projects Mr Berisha once again stressed the commitment of Kosovan embassy to serving the community and willingness to working jointly with BAKC. 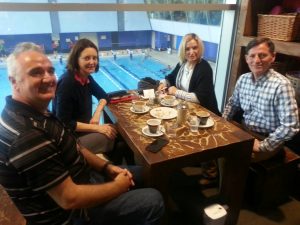 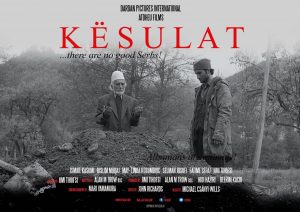 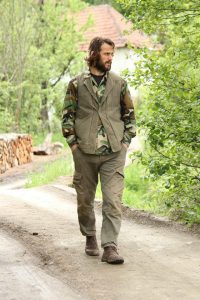 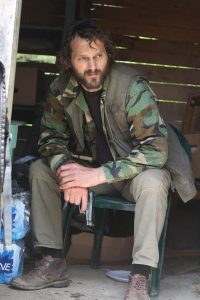 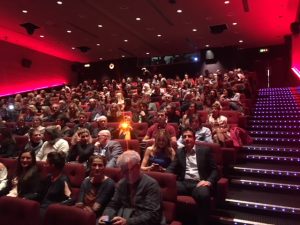 – How old were you when you first arrived to UK?

– What were some of the difficulties you encountered when you first arrived in UK?

– How did you overcome these difficulties, did you get any help, if so from whom?

# No, unfortunately, I didn’t get much help. I felt so isolated, it was terrible, I still feel that pain. But I still carried on and finished my education.

– How would you describe the Kosovan community in the UK at the time, worries and concerns about families back in Kosova, ability to settle in the UK, their hopes for the future etc?

# Well, at the time the political situation in Kosova, was in everybody’s mind. The fact that I was studying I didn’t have much time to socialize with others, which made it even harder for me. Our hope was to be free soon.

– How did you come to contact with BAKC and in what capacity did you get involved with the organization?

# I was working for Waltham Forest Social Services in Leyton, at the time as a youth worker. BAKC had a project there so I got to meet Caroline Blake and other staff, they saw me working with young people, and the rest is history as they say!!!

– What were BAKC projects at the time and how would you value the service that BAKC was providing for the community?

# If I can remember it correctly one of their activities was football, and bringing the young people together to socialize as well by offering other activities as well such as cooking etc.

– When and how did the idea about the film come about?

# I always wanted to contribute for my culture. Since I was studying drama it was obvious that I will do something that had to do with our struggle. I was hoping that I wouldn’t have to write about the war, but as it happened, then the war influenced me that way.

– I am sure that there were many but please list some of the difficulties in completing your film project?

# Funding was the main difficulty! But also it is incredible how little encouragement and support you get from people in Kosova.Jimmi Tohovsi

– Besides documenting some of the occurrences and suffering during the war what is the message that you wanted to put across through the film?

# I tried to ease the pain of the people by not focusing only how bad the Serbs were but to show that there were good ones as well. Some that had some human feelings towards Albanians as well.

– Name some of the venues where the film has been shown so far?

#ABC Prishtina, DOKU-KINO Prizren, “Avdush Hasani” cinema in Podujeva, Mitrovica. Currently being shown in Peja and all the Kosovan cities are to follow.

– How has the reception been by audiences?

# They love the production as a whole. Obviously, for some people, it is difficult to relax for a moment and try to enjoy the film, and see the film for what it is. But I understand them, as they still carry so much pain in them from the horrors of the war.

– Is there going to be more screenings in London and elsewhere in the UK?

Please feel free to recommend to anyone who would be interested to see it.

# No. I don’t think this story would work like that. But there will be more projects to follow.

– What are your future plans for filmmaking in general?

# I am working on ideas with Kosova being the focal point. I am not so sure that I will be doing them in the Albanian language though. Not viable financially.

– Is there anything that you would like to add?

# I would like to thank BAKC, for my time with them. I congratulate you on such great work that you have been doing for over a decade. I wish you the best.

Thank you for giving me this opportunity to talk to you.

– Jimi we wish the best with future plans and everything else.